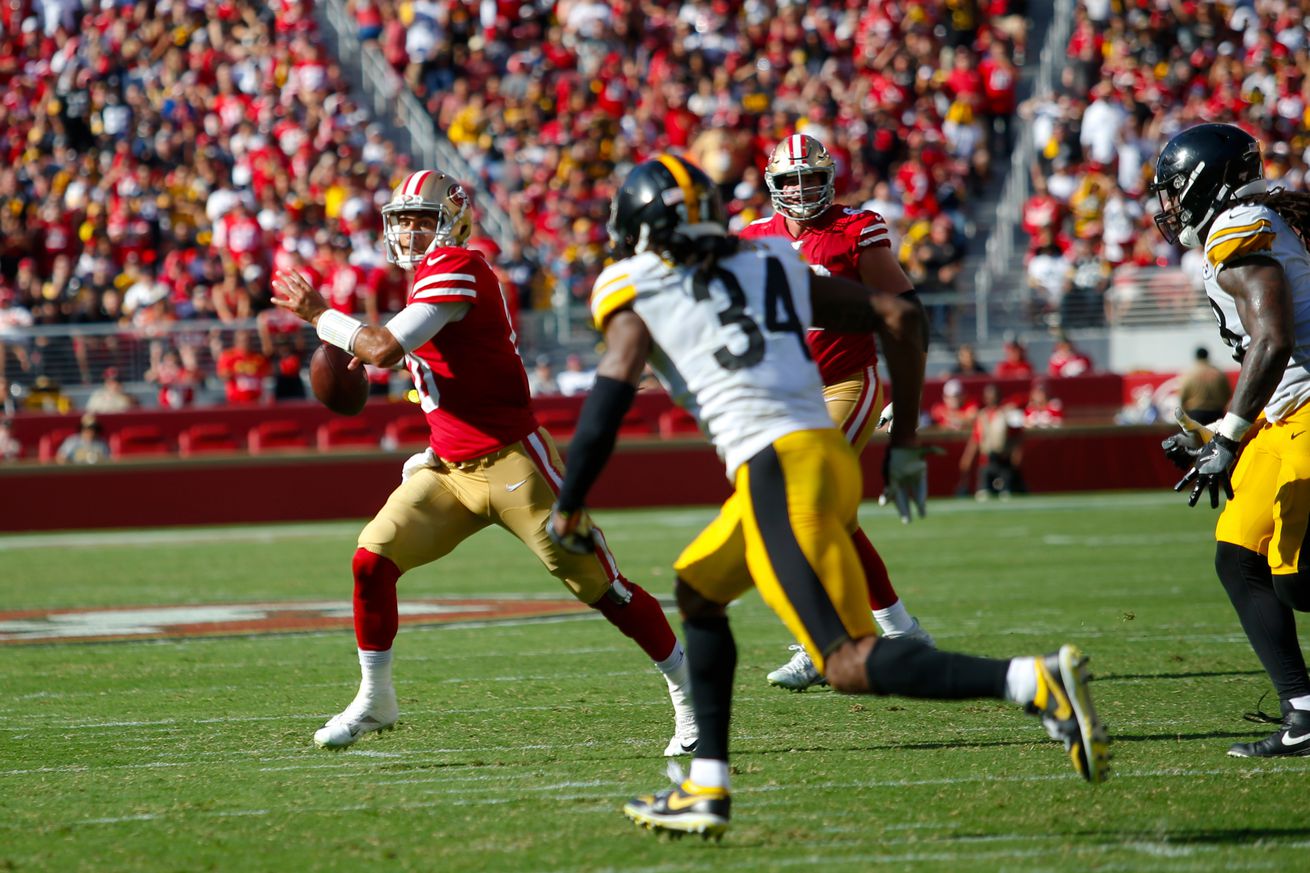 How how times have changed

Before the season kicked off, Pro Football Focus released their quarterback rankings and had San Francisco 49ers quarterback Jimmy Garoppolo ranked 18th. Fast forward a little over a month, and Jimmy G and company are undefeated headed into their bye week.

I’m not sure if Garoppolo has met or exceeded expectations to this point. It’s likely somewhere in between. The advanced stats love him. EPA and completion percentage above expected rank Jimmy G in the top-10. Football Outsiders has Garoppolo ranked tenth. He’s eighth in adjusted net yards per attempt. PFF has him as the tenth best quarterback. Here’s what they had to say about him:

Another quarterback with poor interception luck thus far, Garoppolo has two turnover-worthy plays and four picks, and he’s played cleanly since a rough Week 1 outing. Much like his 2017 season, Garoppolo has been on the low end of both big-time throws (24th) and also turnover-worthy plays (sixth-best at avoiding them), though he ranks sixth in the league in overall positively graded throws. Garoppolo also ranks sixth in overall accuracy percentage using actual pass location on each throw, aided in part by the seventh-lowest average depth of target in the league (7.2).

That reads as Garoppolo is playing it safe. I thought he had a couple of big-time throws against the Steelers under pressure. The biggest takeaway from that blurb is Garoppolo’s accuracy. He was spotty Week 1 and has shown drastic improvements since then.

On some of those throws where he was hit against the Steelers, the ball still hit the receivers in stride so they could continue to get yards after the catch. Do you think Garoppolo has exceeded your expectations for three weeks?

Tulane's game-winning drive over Houston had two plays. Both were ridiculous. - ROLL WAVE.