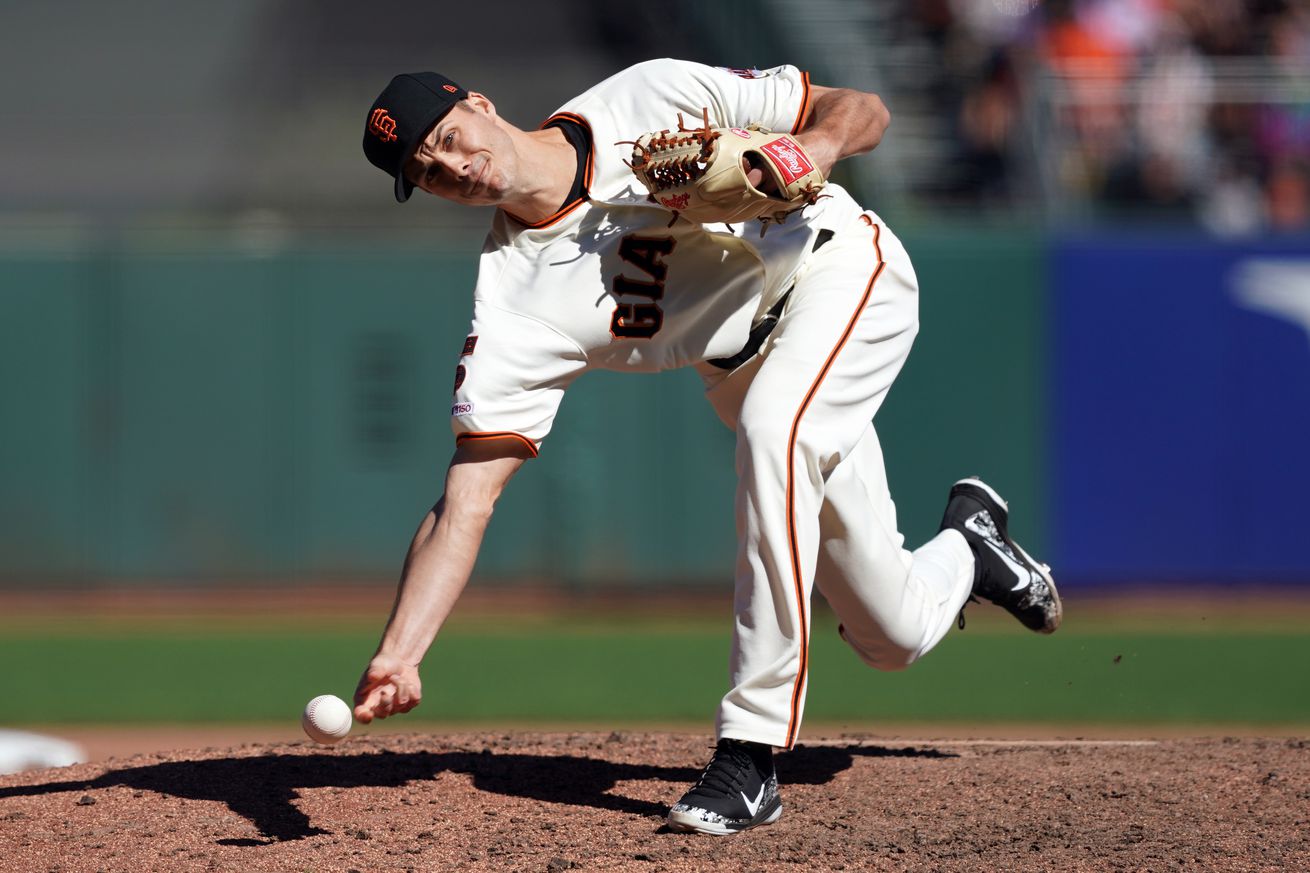 Mark W. Sanchez of KNBR had a piece this last week where he interviewed veteran player Neil Walker of the Miami Marlins about what it’s like to try to hit against submariner righty Tyler Rogers. Spoiler alert: It’s not easy.

While attempting to describe the motion of Rogers’ pitches, Walker has to resort to hand gestures and charades at times because words fail him. In a good way, if you’re a fan of Rogers (which we here at McCovey Chronicles are).

“Sometimes the ball is doing one of these, sometimes another, sometimes it’s going up, sometimes it’s moving left and right. The consistency of what you’re seeing is probably the toughest part of an at-bat. He’s throwing a fastball that kind of goes up and over. But it starts at a certain point, it’s in the zone, and then it’s doing something different.

“Throwing the slider or curveball, or whatever you call it – that’s kind of going up and across, but he’s throwing it from down here. He’s covering the entire [plate]. Timing wise and visually, it’s not the easiest thing.”

As Sanchez notes in his piece, Rogers is making a late push for consideration in a key role for next year’s bullpen.

Josh Rosen is starting at quarterback for Miami, what that means for the Dallas Cowboys

The NFL world reacts to the Patriots releasing Antonio Brown

Monday Night Football Thread: Has Trubisky made the Bears unwatchable?