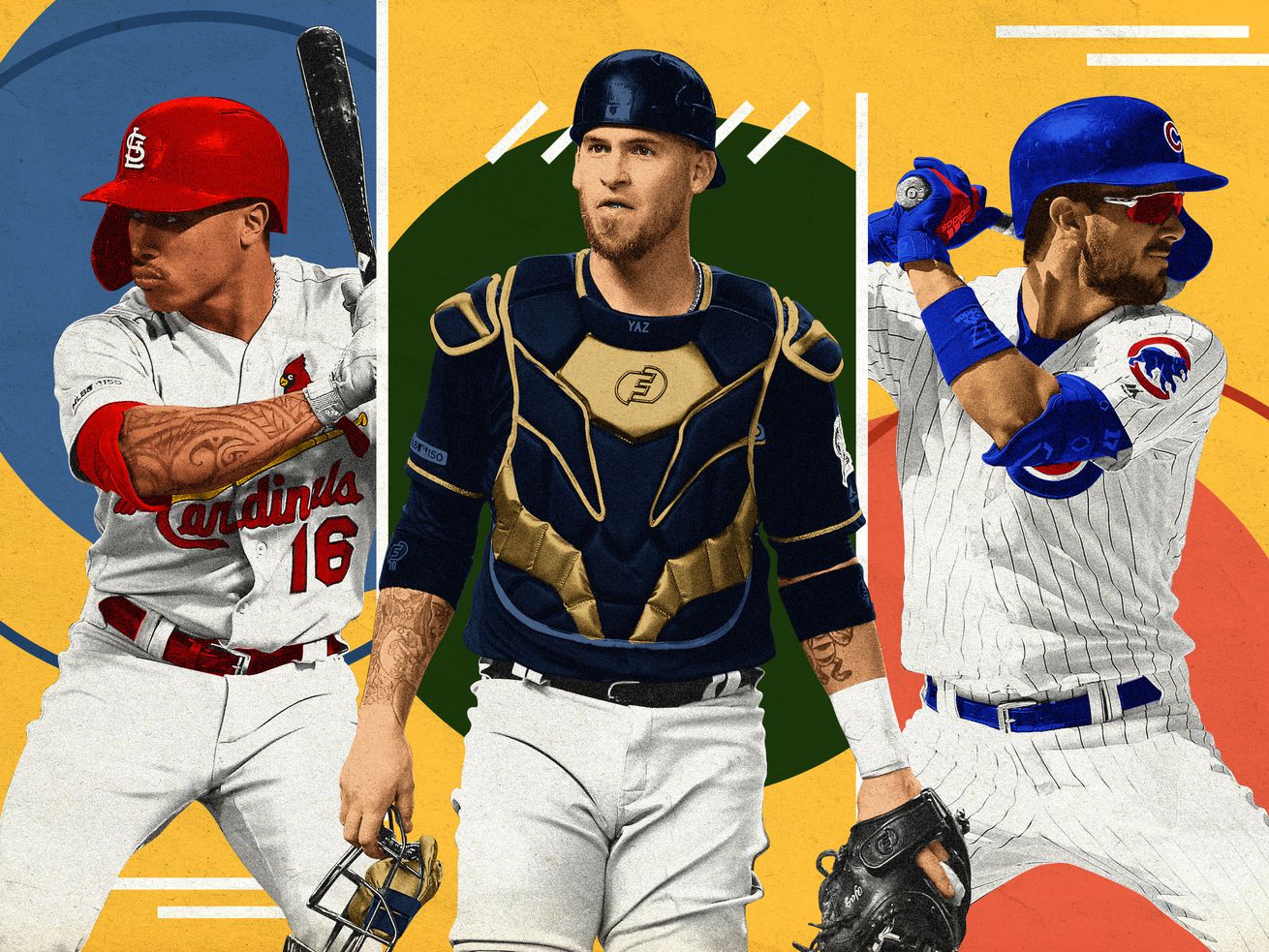 Who will win the NL Central? Who will lock up home field? Who will play spoiler? There are only 10 days left before the playoffs, but plenty of intrigue remains.

This September has been defined, thus far, by injuries—not the cheeriest end to the regular season. Christian Yelich is out for the year. Javier Báez might miss the rest of the regular season, if not longer. Mike Trout and Shohei Ohtani needed season-ending surgery. Byron Buxton won’t return to Minnesota’s lineup for the playoffs. And so on.

The month isn’t over yet, however, and as the regular season reaches its final 10 days, there is time yet remaining for the sport to write a new story—one of thrilling games and scoreboard watching and playoff jostling down to the final day. This season might not replicate last year’s drama, when the NL Central and West finished in ties and led to an unprecedented two tiebreakers in a single day. But enough races and contenders persist that baseball fans should have plenty to keep them occupied for the rest of the month. So as those final 10 days begin to tick off, here is one last look at the five key groups of teams that will capture attention down the stretch.

All eyes are on the only remaining competitive division, because according to FanGraphs, every division leader besides St. Louis has a 98 percent chance or higher of winning. A trio of NL Central teams have conspired to create some final-week excitement, however, and after the Cardinals beat the Cubs and Milwaukee defeated the Padres on Thursday, just four games separate St. Louis, Milwaukee, and Chicago.

Even more exciting is a gift from the schedule makers: The Cardinals and Cubs play six more times in the last nine games of the season—three more at Wrigley this weekend and three at Busch next weekend to finish the regular season. The stakes are high for both teams: The Cardinals are seeking their first playoff berth since 2015, when they lost to the upstart Cubs in the NLDS, while the Cubs are trying to extend their run of recent success in what could be Joe Maddon’s final season as manager. Barring a St. Louis sweep this weekend, odds are the two historical rivals will enter the final weekend still fighting for the same playoff spot.

Milwaukee, meanwhile, hasn’t been in first place since July 5, but the Brewers could take advantage of a friendly final schedule to sneak past both of their battling rivals. Between playing each other, the Cubs travel to Pittsburgh for a three-game set while the Cardinals visit Arizona. Advantage: Chicago. Yet the Brewers’ last nine games are all favorable, even without the injured Yelich in the lineup, as Milwaukee plays the last-place Pirates, fourth-place Reds, and last-place Rockies.

The two NL Central runners-up still have two more chances to reach the playoffs, via the wild card, though that route is even more crowded. The scuffling Nationals (7-10 in September) have seen their wild-card lead dwindle to just one game, and the remaining schedule doesn’t do the D.C. team any favors. The Nationals need to capitalize on a three-game trip to Miami this weekend, because next week features a rare five-game series (with a doubleheader included) against the Phillies, followed by a three-game clash against Cleveland.

Between the NL Central trio and Washington, four teams are fighting for three playoff spots—so the NL Central clubs have fallback options if they fall short in the division. But a divisional push is preferable, of course, to avoid the single-elimination terror of the wild-card game, and because other teams on the periphery of the race could complicate that four-to-make-three structure.

Technically, the Giants (nine games back) and Diamondbacks (five back) are still in the race, but their deficits are almost surely too large to make up. FanGraphs gives both teams 0.0 percent playoff odds. The Mets and Phillies are clinging to faint hopes, however, at 3.5 and four games back, respectively, and a combined playoff chance of around 5 percent, per FanGraphs. A strong showing in Washington next week could lift the Phillies at the expense of a direct competitor for a playoff spot, while the Mets could move up with upcoming series against the Reds and Marlins. Both clubs have bounced around the standings for weeks now, without ever quite reaching a playoff spot, but the teams ahead of them have played just poorly enough that, with 10 days left, both the Mets and Phillies still have a chance.

The race for the final AL playoff spots is less logjammed than in the NL, but the three teams competing for the AL’s wild-card berths are better than their NL counterparts, so the junior circuit is no less entertaining for that tradeoff. After Thursday’s games, the Athletics lead the group by two games, with the Rays and Cleveland tied for the second spot.

FanGraphs is confident in the Athletics, giving Billy Beane’s squad a better than 95 percent playoff chance, both because of that record advantage and because they have the easiest remaining schedule of the trio:

The Athletics rank among the hottest teams in baseball, with a 30-13 record since the start of August, but Tampa Bay isn’t far behind. After overcoming a midseason swoon, the Rays are 28-15 over that same span, and their injured aces Blake Snell and Tyler Glasnow have returned to the mound. They’ll need every bit of that momentum to survive a challenging slate of opponents.

That season-ending Cleveland-Washington series is a strange one: It’s the only interleague series in the final weekend, and for now looks as if it will pit two teams in separate wild-card races. The same is true of this weekend’s matchup against the Phillies, which could knock the losing team out of its race entirely.

Climbing up the standings from the wild-card spots necessitates a tempering of excitement. Because five divisions are all but wrapped up, those division leaders are playing only for seeding at this point. In the AL, the Yankees and Astros have traded the league’s best record for weeks, with the Astros grabbing the latest advantage by half a game. Home field typically doesn’t matter much in a short MLB postseason series, but these teams remember their 2017 ALCS clash, when the home team won all seven games and the higher-seeded Astros reached the World Series. (Whether the teams face the third-seeded Twins or the wild-card winner in the first round shouldn’t matter too much, given those clubs’ relatively even rosters.)

All nine of the Astros’ remaining games come against teams with losing records, while the Yankees play six of eight games against sub-.500 teams with a two-game trip to Tampa mixed in. Given the Astros’ schedule advantage and the fact that Houston holds the tiebreaker, by virtue of defeating New York in the season series 4-3, the Astros are slight favorites to earn the AL’s no. 1 seed.

In the NL, the Dodgers lead Atlanta by 4.5 games for home-field advantage, so the Braves are essentially locked into the no. 2 seed. However, L.A. trails both New York and Houston in overall best record. The Dodgers and Yankees or Astros would need to reach the World Series for this factor to matter, and even then it wouldn’t mean much, but there is some cachet to claiming the best record in baseball, no matter the mitigated strategic benefits that come with it.

For all the teams below the tiers of playoff locks or playoff hopefuls, the final weekends are a chance to ruin a rival’s season—which, in some cases, can be nearly as much fun. To wit: Baltimore’s raucous celebration after eliminating the Red Sox in the final inning of the 2011 regular season.

Teams like the Mariners, Blue Jays, and White Sox all play division opponents in need of wins next week. But three NL clubs have multiple bites, thanks to that league’s more crowded field. In the Central, the Reds play the Mets and Brewers, and the Pirates play the Brewers and Cubs. And in the East, all of the Marlins’ remaining games come against the Nationals, Mets, and Phillies.

This season has not gone well for Miami, to put it lightly. The Marlins rank 29th in the league in runs, their lone All-Star representative is a pitcher with an ERA of 4.00, and they’re on pace for around 105 losses and their worst record since 1998. Meanwhile, every other team in the division remains in contention for the postseason. At this point, the Marlins’ last chance to salvage their 2019 season is to snuff out those teams’ hopes, and then run around the infield celebrating like they were, in fact, the winners all along.

LaMelo Ball is getting No. 1 pick buzz after his first games in Australia