Here’s How We’d Fix the Emmys 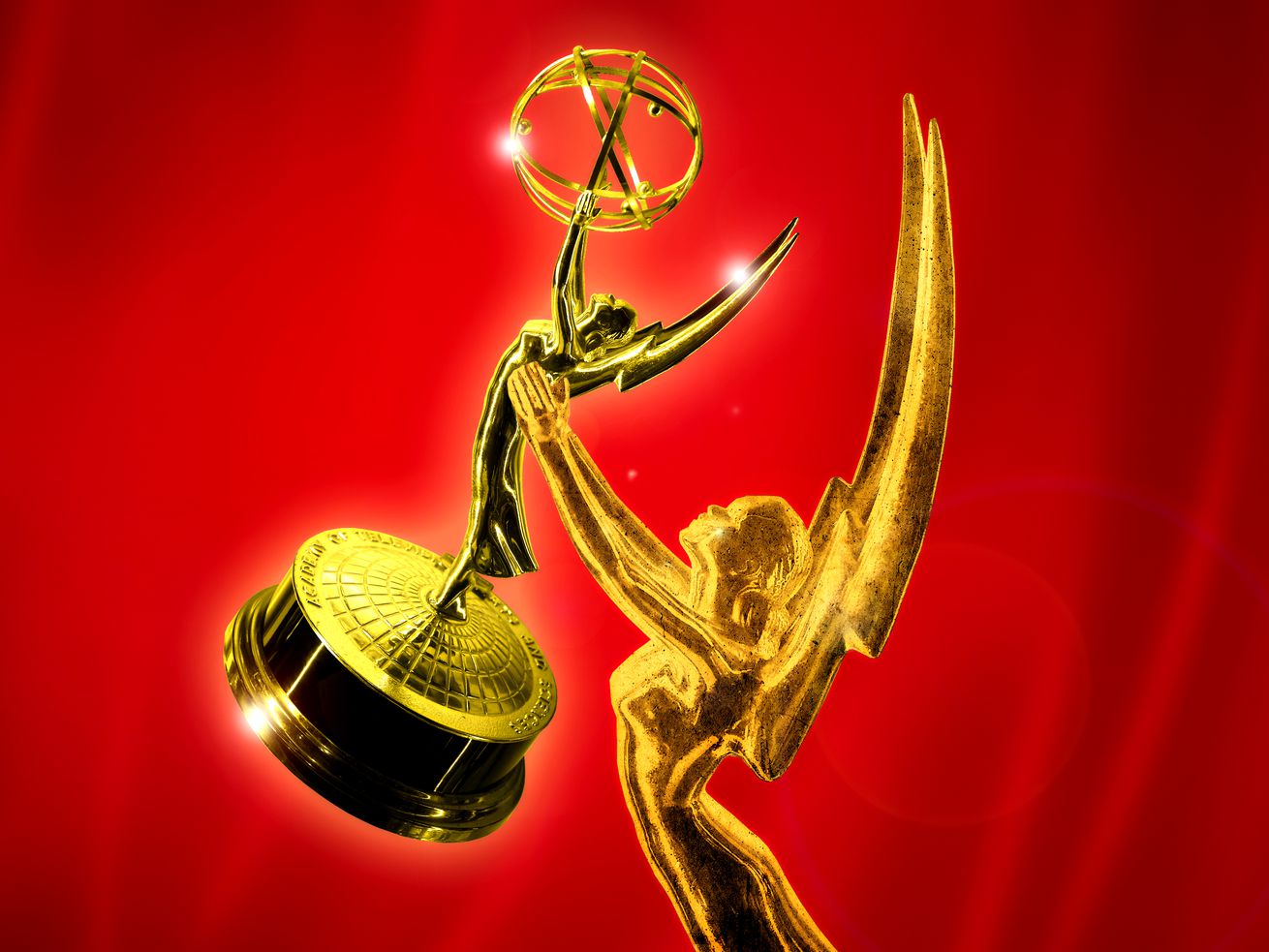 Get rid of hosts, implement a strict campaign season, and make every ceremony have a theme

TV is massive. The Emmys … are not. Such is the central irony that underlines television’s foremost awards show. Even as TV becomes more and more culturally dominant, the Emmys have yet to become the Oscars, apart from one important shared trait: They’re deeply, deeply messed up.

How can the Emmys accommodate the rise of streaming and the diminishing relevance of the broadcast series they were initially designed around? How can they retain an audience that’s less and less interested in live viewing? How is the Television Academy supposed to monitor the sheer quantity of TV when its members are increasingly busy making more and more shows? The Academy may have considered these quandaries, but they’ve yet to translate those considerations into sweeping structural reforms—and considering last year’s viewership dropped 11 percent to a historic low, reforms are desperately needed. That’s where we come in!

We armchair observers/enterprising content creators have assembled our own slate of possible tweaks. Some are radical; some are aggressively sensical; some are pie-in-the-sky; some could be put in place tomorrow. All are proposed out of love. Television is chaotic, overwhelming, yet sporadically great. Is it so much to ask that the Emmys are the same?

Before we get to new business, let’s revisit what remains on the table from Emmys past. This website has offered many suggestions in previous years that remain relevant, because the same underlying problems remain (shockingly, a major awards-giving body did not take the advice of a mere blogger).

The Emmys’ punishingly long winning streaks are still their biggest impediment to capturing the excitement of an institution like the Oscars, which experiences total turnover and a fresh crop of new faces each year. So ban repeat winners! Opening final-round votes to the entire, 20,000-plus-strong membership still favors validating massive hits over elevating lesser-seen gems. So toy with eligibility again! Category fraud still runs rampant, with comedies passing themselves off as dramas, dramas as comedies, and anthologies as limited series. So add some new categories and crack down on existing ones!

Game of Thrones’ seeming inevitability, and Marvelous Mrs. Maisel’s continued contention as a “comedy” despite the supposed restriction of the category to half-hour series, continues to show ongoing bugs in the system. The plight of the awards watcher is that flaws may be obvious, but hope springs eternal. —Alison Herman

The eligibility window for the Emmys—which runs from June 1, 2018, to May 31, 2019, for this year’s ceremony—is antiquated. The window made sense when broadcast TV was the center of the Emmys’ universe: The ceremony could coincide with broadcast’s newest slate of fall TV, starting the cycle anew. But if the month of August being home to shows like GLOW, Succession, Lodge 49, The Righteous Gemstones, and Mindhunter isn’t a sign of the changing tides, I don’t know what else is. Streamers and prestige signifiers like HBO have changed the way we consume TV: We can do it on our own terms, with dank programming coming to our screens year-round.

The deluge of content is overwhelming enough already—ask either of us, we’re very tired!—and the way the Emmys operates does nobody any favors. (Except, I guess, the rare broadcast shows, like The Good Place and This Is Us, that still merit some Emmys attention.) The ceremony should modernize itself by making things simple: Just do the awards by calendar year. Move the ceremony to the end of December or beginning of January if you have to. It’s the easiest way to keep track of things, and it would make sure shows/performances/anything worthy of plaudits don’t get swept under the rug because they arrived at an inopportune time.

Jeremy Strong’s work on Succession this season is one of the most haunting performances I’ve ever seen. But under the current system, the actor won’t get his due until September 2020—that is, if Emmys voters can even remember Strong’s performance after getting dozens of hours of Disney+, Apple TV+, and Peacock (not a euphemism) shoved down their throat in the interim. —Miles Surrey

If you live within the swath of greater Los Angeles known as the Thirty-Mile Zone, you’re well aware that Emmys campaigning has gotten out of control. Even the old joke about “FYC” (as in, For Your Consideration) being one of L.A.’s only true seasons has grown tired, because FYC billboards are up for so much of the year they no longer evoke any particular moment in time. The town is papered with hundreds of pleas from networks for Emmy voters to remember that their shows exist; meanwhile, stunts like Amazon’s “Maisel Day” occasionally break the city by subsidizing valued commodities like gas in the name of PR. (The guinea pig cafe was undeniably cute, though.)

So why should you care about this if you don’t live in the immediate vicinity of the 101? Because the unprecedented amount of money being funneled into Emmy campaigns, courtesy of massive corporations like Amazon and Netflix, turns awards season into a game of who can buy people’s attention. Heavy favorites like Veep and Game of Thrones may be grandfathered in—both were conspicuously absent from this year’s deluge—but if either show’s hiatus years have been any indication, we’re staring down a future of ever-more-excessive arms races. The Marvelous Mrs. Maisel doesn’t seem to have quite the same following among the general public as it does among Emmy voters, who handed it four trophies last year. And now that the Everything Store has proved that money can buy wins, it’s doubtful incoming players like Apple TV+, HBO Max, and Disney+ will hold back in future.

What’s to be done, then? Perhaps the Emmys should start to function more like British elections, with hard-and-fast rules about exactly when campaigning starts and ends. Once the time frame has been shortened from six months to six weeks, strict limits ought to be placed on the amount any platform can put behind promoting any single show. Netflix already has enough of a built-in advantage when it comes to getting its shows in front of choice-fatigued, cord-cutting eyeballs. It shouldn’t be so easy for streamers to outspend their Emmy competition into oblivion, too. —Herman

Kevin Hart’s inability (unwillingness?) to provide a genuine apology for previous anti-LGBTQ remarks may have inadvertently kick-started a trend. With Hart out for the Oscars ceremony—and he was a last-minute call to begin with—the Academy Awards went hostless for the first time since 1989. No disrespect to Allan Carr, but it went a lot better this time around. Some years, watching an entire awards show feels like sitting through something longer than the director’s cut of Heaven’s Gate. This year’s Oscars ceremony, without the requisite bits from the host, was comparatively breezy, proving that—exceptional emcees aside—losing an awards show host might be the most productive way to avoid a bloated running time.

With that in mind, it’s worth pointing out that the 2019 Emmy Awards are also going hostless, which, at the very least, should ensure this thing doesn’t go well over its allotted time. Fox Entertainment CEO Charlie Collier said the Emmys are hoping to use the extra time to “salute” big-name shows that are ending—expect lots of stupid and/or sentimental Game of Thrones sendoffs, basically. But the success (or lack thereof) of this year’s Emmys could be a good litmus test for more award shows—be it more Oscars, Emmys, the Tony Awards, who knows!—going hostless in the future. I, for one, am rooting that the ceremony goes along swimmingly. —Surrey

I am not even remotely close to being considered literate in the world of fashion—my wardrobe is a mishmash of sick deals from Target and the always underrated TJ Maxx—but the annual Met Gala is always full of intrigue because every iteration establishes some type of theme. What exactly is “camp” supposed to mean, dress-wise? No clue, but Katy Perry came as a fucking chandelier, and that’s incredible.

Imagine if the Emmys asked its attendees to stick to an annual theme. It would probably have to relate to whatever TV shows racked up nominations and dominated the zeitgeist—picture a room of A-listers all mandated to do some version of “Fleabag and Hot Priest” with their date, or medieval “tits and dragons” per Thrones, our last piece of monoculture. Or maybe it doesn’t need to be TV-themed. Maybe the Emmys never have to explain why, in 2024, everyone had to wear the Eyes Wide Shut masks, prompting a flurry of Crazy Days and Nights blogs about which celebrities partook in post-ceremony orgies. (Apart from Thomas Middleditch.)

Is this too weird of an idea? Perhaps, but awards shows are becoming a bit stale, the ratings are in the drain, and nobody’s come up with a viable alternative. The first person to show up as a human chandelier gets an honorary Emmy (don’t ask me how). —Surrey

Tulane's game-winning drive over Houston had two plays. Both were ridiculous. - ROLL WAVE.